An American journalist had asked Trump why he was putting so much emphasis on the amount of coronavirus tests that have been conducted in the United States.

“Don’t ask me. Ask China.” This is what US President Donald Trump told an American journalist before unceremoniously ending the press conference at the White House rose garden on Monday.

Weijia Jiang, who works for CBS news, had challenged President Trump as to why he views coronavirus testing as a global competition given that more than 80,000 US citizens have lost their lives to the pandemic ever since its outbreak.

Jiang asked Trump, who wasn’t wearing a mask, “Why is this a global competition to you if every day Americans are still losing their lives and we are still seeing more cases every day?” Trump gave a terse response: “Well, they are losing their lives everywhere in the world. Maybe that is a question you should ask China. Don’t ask me. Ask China that question. When you ask China that question you may get a very unusual answer.” Subsequently, Trump called upon another journalist, Kaitlan Collins of CNN, to ask her question. But Jiang pressed forth with her query and interjected the President: “Sir, why are you saying that to me, specifically?”

Trump again asked for another question, then said, “Nah, that’s OK” and waved off CNN’s Collins when she approached the microphone. 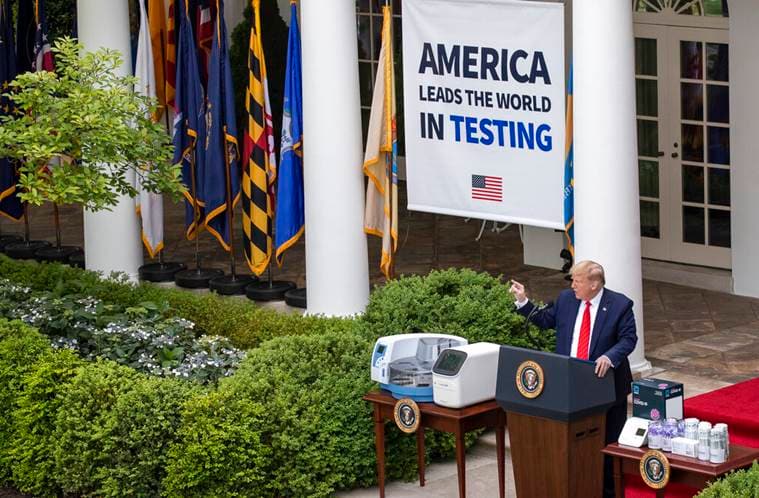 President Donald Trump speaks about the coronavirus during a press briefing in the Rose Garden of the White House, Monday, May 11, 2020, in Washington. (AP Photo/Alex Brandon)

Jiang and Collins wore masks to the news conference, as did most reporters, following the recent reports that two White House employees – an aide to Vice President Mike Pence and a valet to the president – had tested positive for the coronavirus.

To this, Trump said: “I am not saying it specifically to anybody. I am saying it to anybody who would ask a nasty question like that.”

Right to life additionally for these with out web, present walk-in vaccines for all: Rahul Gandhi | India News

Explained: Why India reported 6,148 Covid deaths in a day – the very best ever | India News